(re)programming – Strategies for Self-Renewal is a festival of conversations with world-class thinkers debating key issues, from infrastructure and energy to community and AI, curated and conducted by writer and journalist Marta Peirano. The series consists of 8 streaming events taking place every third Monday of the month throughout the year 2021.

As a growing population is sharing an ever-shrinking planet, we have found ourselves at an existential crossroads: do we bring the mistakes of the enlightenment and industrialization to their logical conclusion or should we develop a capacity to reprogram ourselves as a species, in order to survive? Some of the solutions might be technical but most of the obstacles are not.

Through surveillance, manipulation and escapism, multinationals and foreign governments are using the powerful tools that could help us manage the climate emergency to manage us instead. The apocalyptic narratives of destruction, natural selection and space colonization distract us from the urgent need to manage our resources and mitigate a disaster.

Politically, the principles of liberal democracy have been put to test. Pre-fascist leaders are democratically elected, from Narendra Modi in India to Victor Orban in Hungary and Erdogan in Turkey. Following his refusal to engage in climate action and his brutal backlash against migrants and refugees, Donald Trump became the presidential candidate who won the second most votes in US history, beaten only by Joe Biden.

Aksioma’s Reprogramming series will aim to respond to the following two questions: what will it take for humanity to change its course and build a responsible future for the generations to come, and what can really be accomplished when we finally do this? The series will focus on solutions, finding tools, words or visions across the different disciplines, from energy and infrastructure to community building and AI.

We will analyse the strategies used by successful communities and proposed by social and scientific institutions to help us reset and find the way back. Not to the way it was, but to the way it should have been: an engaged community that encompasses all living beings on this planet. 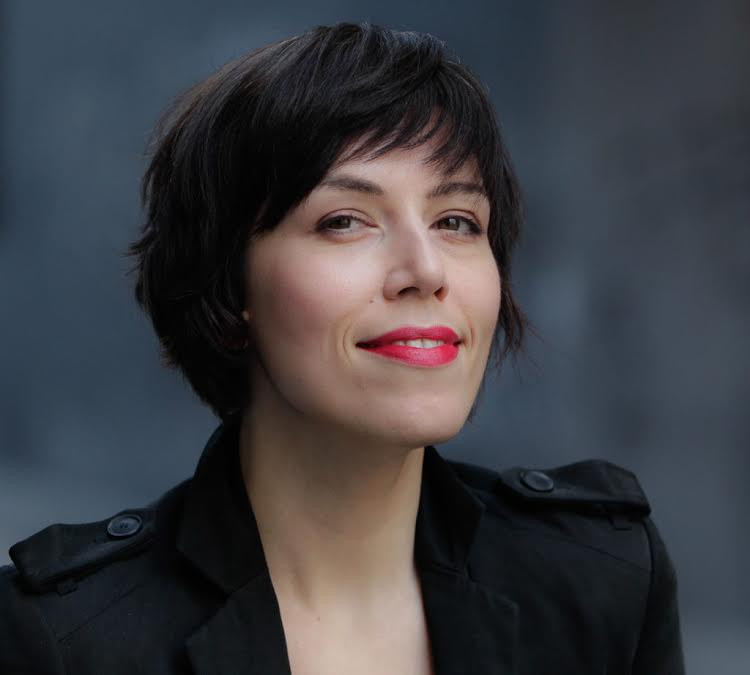 Marta Peirano is a journalist specialized in technology and power. She works for main Spanish media outlets, including El Pais, La Sexta TV, Muy Interesante and Radio Nacional de España. She is a well-known public speaker and long-time advocate of free software, digital privacy and the radical decentralization of the critical infrastructure.

Her most recent books are The Little Red Book of Online Activism, an essay on cryptography with a foreword by Edward Snowden and The Enemy Knows the System, a text discussing online digital feudalism and political manipulation. In 2020 she was the technology curator at Barcelona’s Biennale of Thought and a guest researcher at the Spanish Centre for National Defence Studies. She lives in Madrid and has a part-time dog.