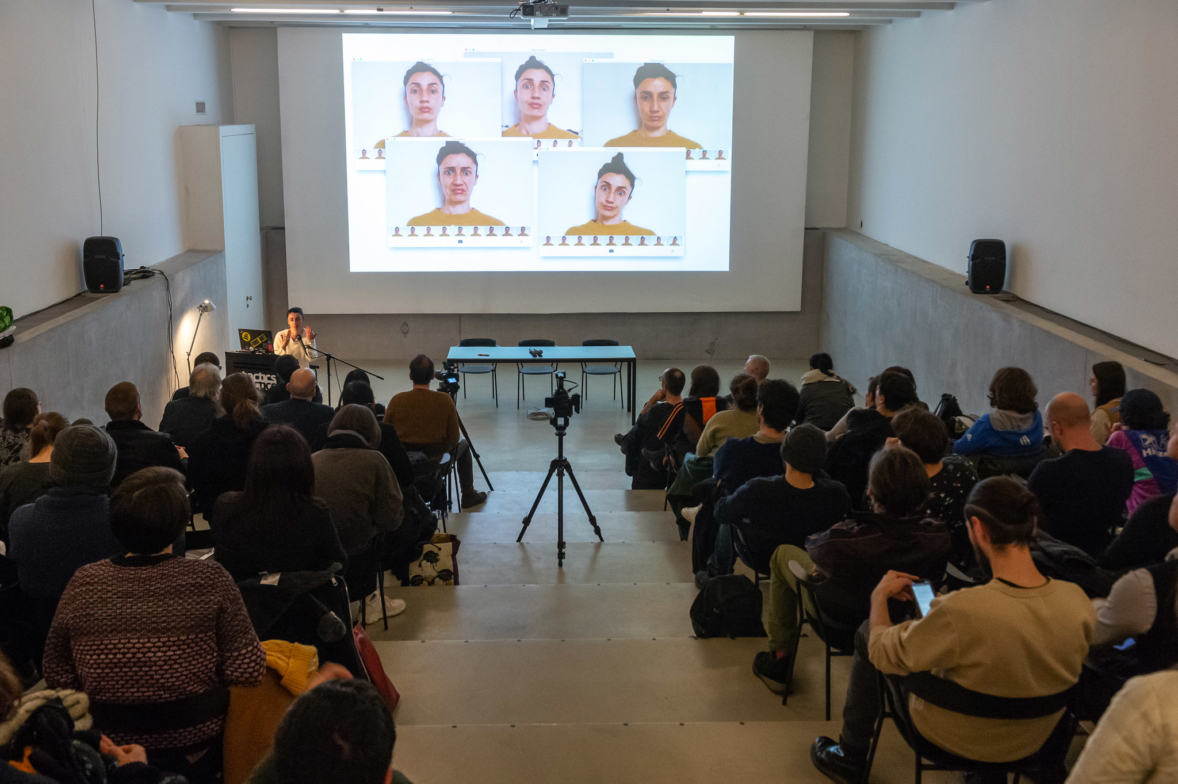 Tactics & Practice #8: Automate All The Things!

Tactics & Practice #8:
AUTOMATE ALL THE THINGS!

Part of the Tactics & Practice series and of the programme Hyperemployment – Post-work, Online Labour and Automation

In the framework of Hyperemployment, the symposium AUTOMATE ALL THE THINGS! wants to explore a contradiction implicit in the increasing automation of work: is this process, which should apparently open up a new age of free time, no labour and universal basic income, instead turning humans into software agents, invisible slaves of the machines? Welcomed as a curse by the Luddites at the very beginning of the industrial age, throughout the 20th century, automation did not destroy human labour, but profoundly changed its organisation on a global scale. In the late-20th century, technological innovations brought automation to a brand new level, accelerating the shift toward a post-industrial economic model. Today, with many jobs previously run by humans becoming fully automated, the dream – or nightmare – of a post-work society seems closer than ever; and yet, at a closer look, automation in its current form isn’t destroying human labour. Rather, it is making it invisible.

DAY 1
14 January 2020 at 11 AM
The Academy of Fine Arts and Design of the University of Ljubljana, Erjavčeva cesta 23, Ljubljana, classroom 7, first floor

Throughout history, portraying workers has often been a step into recognising their existence, allowing them the dignity to be considered as a subject, as well as the representatives of a “class”. Digging into the research for the show, Hyperemployment’s curator Domenico Quaranta will offer a tour through various artistic efforts to portray online workers, from Chinese Gold Farmers to scan-ops, from gig workers to online content moderators.

Most of the academic and political discourse on post-work has focused on the relationship between automation and free time. That is, it has posited that automation has the emancipatory potential to free us all from work: to reduce necessary working hours or at least to devote ourselves to more intellectually rewarding jobs (immaterial labour). What is not fully convincing about this approach is that it is grounded in a hierarchical separation between machines and humans. What is missing is the acknowledgment of the human infrastructure that sustains automation and artificial intelligence. The invisible, precarious, alienated, low-paid and offshored workforce that automation requires in order to function properly. These workers and their tasks are the focus of this talk.

I Will Say Whatever You Want In Front Of A Pizza is a speculative Prezi (a presentation software) that explores digital labour, the amalgamation of humans and software, and the possibility of interventions inside algorithmic systems. Narrated from the perspective of a cloud worker, the Prezi video presents digital workers as software extensions. The ubiquitous network and the computerisation of everything have not only blurred the lines between bots and people – supposedly autonomous programs are sometimes people who have to act as if they were software; this development has also made it very easy for everyone to hire, programme and retire humans as part of any workflow: bodies and minds that can be plugged in, rewired and discarded as one sees fit.

Entreprecariat (Krisis Publishing, 2018; Onomatopee, 2019) explores and maps out the current entrepreneurial ideology from a precarious perspective. The Entreprecariat indicates a reality where change is natural and healthy, whatever it may bring. A reality populated by motivational posters, productivity tools, mobile offices and self-help techniques. A reality in which a mix of entrepreneurial ideology and widespread precarity is what regulates professional social media, online marketplaces for self-employment and crowdfunding platforms for personal needs. The result? A life in permanent beta, with sometimes tragic implications.

How does the increasing automation of labour affect artistic practice, on all the levels of content, process and form? How is it affecting the present society and our vision of the future? What can art do to deal with the increasing fragmentation of human labour and its disappearance from visibility, and give it back its presence and dignity? Taking off from their own work and from the statements of other participants in the symposium, the artists involved in the round table will attempt to offer an answer to these and other questions.

Elisa Giardina Papa is an Italian artist whose work investigates gender, sexuality and labour in relation to neoliberal capitalism and the Global South. Her work has been exhibited and screened at MoMA, New York City, Whitney Museum [Sunrise/Sunset Commission], Seoul Mediacity Biennale 2018, Unofficial Internet Pavilion of the 54th Venice Biennale, XVI Quadriennale di Roma, rhizome.org [Download Commission], The Flaherty NYC, among others. Giardina Papa received an MFA from RISD, and a BA from Politecnico of Milan, and she is currently pursuing a PhD in media and gender studies at the University of California Berkeley. She lives and works in New York and Sant’Ignazio (Sicily).

Sanela Jahić graduated in painting from the Academy of Fine Arts and Design, University of Ljubljana in 2008, and received her master’s degree in 2010 in public art and new artistic strategies from the Bauhaus University in Weimar. Jahić is an intermedia artist who constructs visual and technologically supported kinetic objects and installations. Her artistic practice often involves collaboration with specialists for mechanical engineering, automation, software and electronics. She lives and works in Škofja Loka. Jahić has exhibited her work in numerous shows in Slovenia and abroad.

Silvio Lorusso’s work focuses on the cultures and rhetorical regimes embedded in techno-social systems. He deals with the narratives and counternarratives that define platforms, devices and interfaces. By doing so, he engages with the tensions surrounding notions of labour, productivity, autonomy, self-design, entrepreneurialism, precarity and failure. Lorusso’s practice combines various media such as video, websites, artist’s books, installations, lectures. An affiliated researcher at the Institute of Network Cultures in Amsterdam, a tutor at the Royal Academy of Art, The Hague, and a researcher at Willem De Kooning Academy, his work has been presented internationally, in venues including Re:Publica, Berlin; MAXXI, Rome; Transmediale, Berlin; Drugo more, Rijeka; Kunsthalle Wien; MoneyLab, Amsterdam; IMPAKT, Utrecht; Sight & Sound, Montreal; Adhocracy, Athens. His work has been featured in, among others, the Guardian, Financial Times and Wired. He lives in Rotterdam and lectures internationally. His book Entreprecariat was published in Italian by Krisis (Brescia, 2018) and in English by Onomatopee (Eindhoven, 2019).

Sebastian Schmieg is an artist living and working in Berlin. His work engages with the algorithmic circulation of images, texts and bodies within contexts that blur the boundaries between human and software, individual and crowd, or labour and leisure. At the centre of his practice are playful interventions into found systems that explore hidden – and often absurd – aspects behind the glossy interfaces of our networked society. Schmieg works in a wide range of media such as video, website, installation, artist book, custom software and lecture performance. Schmieg’s works have been shown at, among others, The Photographers’ Gallery, London; Rhizome, New York; Transmediale, Berlin; NRW-Forum, Düsseldorf; Panke Gallery, Berlin. He lives and works in Berlin and Dresden

Sašo Sedlaček holds a BA in sculpture and video from the Academy of Fine Arts of the University of Ljubljana (UL ALUO). Since 2015, he works as an associate professor in UL ALUO’s Video and New Media programme. His work has been awarded various grants, including the Trend Award for exceptional achievements in visual culture (Ljubljana 2012) and the VIDA 11 (Fundación Telefónica, Madrid, 2008), and is featured in various private and public collections, including the Museum & Galleries of Ljubljana (MGML). Since 2001, his work has been exhibited nationally and internationally at various venues, most recently: City Art Gallery of Ljubljana (2019), Espace Apollonia in Strasbourg (2018), Contemporary Art Palazzo Torriani, Gradisca d’Isonzo (2018), Autostrada Biennale Prizren (2017), Handel Street Projects, London (2017); UGM, Maribor (2017); +MSUM, Ljubljana (2016); AND Festival, Grizedale Forest (2015); Wro Art Center, Wrocław (2015); Ars Electronica, Linz (2014); Transmediale, Berlin (2014).

Coproduction:
Museum of Modern Art Ljubljana
and the Academy of Fine Arts and Design of the University of Ljubljana

Supported by:
the Ministry of Culture of the Republic of Slovenia and the Municipality of Ljubljana.